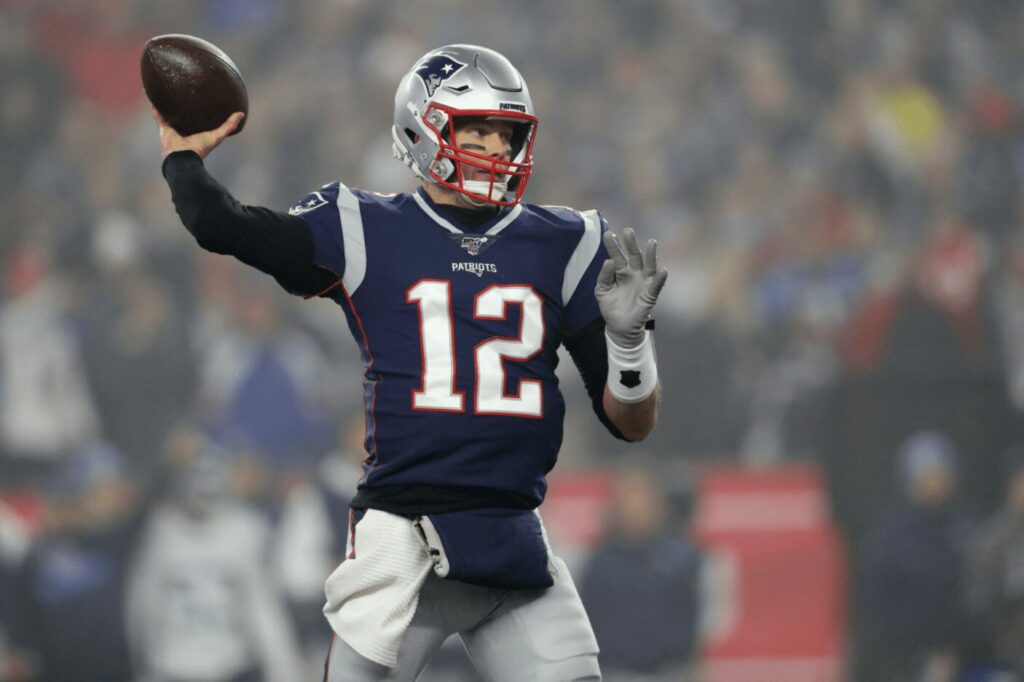 I know what you’re thinking. How can Tom Brady’s decision to retire be helpful to me? He’s uber-wealthy, he’s the best ever at his profession, and he’s married to a supermodel. Maybe you don’t share his love of avocado ice cream. All of those things may be true. But there are some underlying principles in his retirement decision and they’re worth exploring. I find it’s useful to study what highly successful people do and consider ways you can tailor them to your particular situation. So what can we mere mortals take away from Tom Brady’s decision to retire from the NFL

He’d been open about his goal to play as an NFL quarterback until he’s 45 (and perhaps beyond). But for some combination of reasons, he decided to walk away one year shy of his goal. You may have a date you’re targeting. But reflect from time to time about how you’re feeling about work and retirement. You’ll know when it’s time to move on, if you have the ability to do so. And remember, in real life, almost half of retirees are forced to retire well before their planned retirement date. So be attuned to when you can move on – and when you feel it’s right for you. Even if it’s short of your target.

Brady led the NFL last season in passing yards and was at the top on many key metrics and he’s among the top candidates for MVP. For years he said he would play until he wasn’t good any longer. He didn’t want to hang on, like so many do – in pro sports and business. How about you? Will walk away on your own terms?

3. Lay the Foundation for Your Next Act in Advance

Brady began building his next act years ago during his playing days, starting a health and fitness company, a clothing line and a production company. While those ventures may not be on your list, it’s wise to begin thinking about what you want to do after you leave the world of full-time work, while you’re still in it. Whether your aspirations include working part-time, volunteering, consulting, writing that book you’ve always dreamed about, or traveling, it’s helpful to envision it in advance. It will allow you time to research your options, learn what it’s really like, and what it will take to make it happen. While you’re still working, make time once a month to have lunch or coffee to talk with people who’ve retired and are doing something like what you’re imagining. You’ll be glad you did.

It’s speculated that family considerations played a major role in Brady’s decision to retire. If you’re married, in a serious relationship and/or have a family, this is something many of us can relate to. It’s not just about you. And many couples put off talking about retirement in any depth. A survey by Fidelity of 1,600 people asked couples when their significant other was going to retire. 57 percent got it wrong. Talk about it. Be prepared to listen. Make time for a series of conversations. Don’t assume you know what what your partner is thinking.

5. Be the Bigger Person on the Way Out

Brady was criticized for not mentioning the New England Patriots, the team he played for 20 years, in his retirement announcement. It’s wiser to stay above the fray. Leave with grace. Don’t burn any bridges. Look beyond the temptation to be petty, spiteful or vindictive as you exit. It’s not worth it. I once read a resignation letter that a former employee (who I had fired) sent to his subsequent company when he decided to leave them. It was a legendary “scorched earth style” letter trashing his latest manager, his direct reports, internal stakeholders, upper management and several of his peers. Twenty people sent to me and it later went viral on the internet. It did not serve him well.

Never say never. Before the pandemic, studies showed that in the US and UK over 20% of retirees unretired within five years, and most did not return for financial reasons. Often it was because they missed the sense of purpose work provided them or they missed the camaraderie of the workplace. Others returned because they wanted to stay sharp cognitively. In Brady’s case, there’s already speculation that he may be planning a Brett Favre like power play next season forcing his former team to release or trade him after they secure his successor, paving the way for a potential return to his hometown team, the San Francisco 49ers.

Which of these lessons can you apply to your retirement planning?

Joe Casey is an executive coach, who also helps people design new lives after they move on from their primary careers. He’s the host of The Retirement Wisdom Podcast, which according to Listen Notes, is ranked in the top 1.5% of podcasts in popularity globally. And he’s the author of the new book Win the Retirement Game: Outsmart the 9 Forces Trying to Steal Your Joy coming this summer.